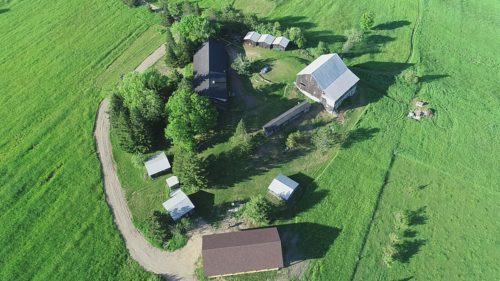 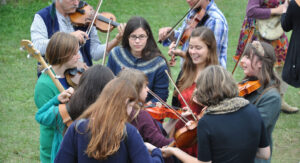 Two stellar Canadian traditional music groups are coming to the Algoma region in July. Grosse Isle, featuring the musical meeting of Québécois and Irish traditions, will perform Monday, July 04, 8pm, Pier Seventeen in Blind River and Tuesday, July 05, 7:30pm at the AlgomaTrad Centre Pavilion; and Shane Cook and the Woodchippers, featuring one of the world’s premiere fiddle players, appears Thursday, July 14, 7:30pm at the AlgomaTrad Centre Pavilion. Tickets are $25/$20 seniors and youth 18&under. For AlgomaTrad Pavilion shows, children 10 & under are free. (NOTE: A bus is being organized to bring ticket holders from the Sault to the AlgomaTrad Centre on July 05; 20-25 people are needed to make this feasible. A sign-up form for the bus is available when you purchase your tickets here on the website, or you can contact us by email or by phone, info below) 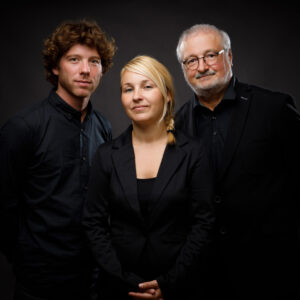 Grosse Isle, named after an island in the St. Lawrence where many Irish immigrants landed in the 19th century, features three exceptional musicians: Québécoise fiddler, singer, pianist, and composer Sophie Lavoie, twice nominated as Canadian Folk Music Awards Traditional Singer of the Year; Irish piper and banjoist, Fiachra O’Regan, an All Ireland Champion on both these instruments; and guitarist and vocalist Andre Marchand, a mainstay of traditional music in Quebec for 40 years and co-founder of La Bottine Souriante, one of the most successful Québécois trad bands ever. In 2022, Grosse Isle was nominated for the CFMA Traditional Album of the Year for their most recent recording Le Bonhomme Sept Heures/The Bonesetter. 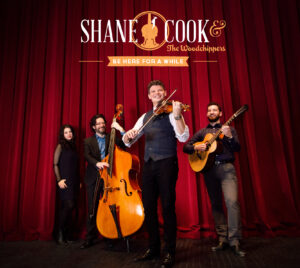 Shane Cook & The Woodchippers rely on their deep foundation in the traditional music, song and dance of Ontario for the core of their sound, yet also draw on styles as broad as Celtic, folk, roots, bluegrass and swing. A Canadian and U.S. National fiddle champion, Shane Cook is a multi-instrumentalist who has distinguished himself as a master of the Canadian old-time fiddle tradition. Joining Shane as a four-member group of multi-instrumentalists, singers and step dancers, The Woodchippers are: Emily Flack (Leahy) on piano, vocals and dance, Joe Phillips (The Art of Time Ensemble) on double bass and guitar, and Kyle Waymouth (five-time national step dance champion) on guitar and stepdance. The band and album are 2022 Canadian Folk Music Award nominees for Instrumental Group of the Year and Traditional Album of the Year.

AlgomaTrad acknowledges funding support from the Ontario Arts Council, an agency of the Government of Ontario. 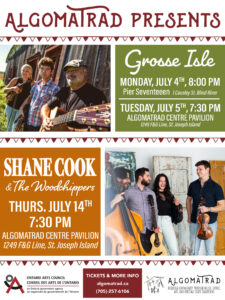 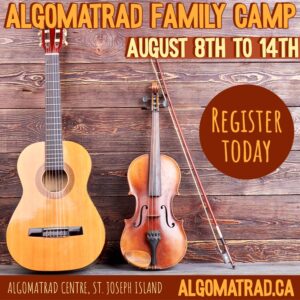 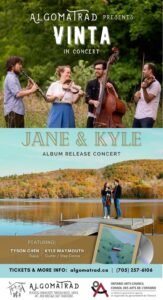