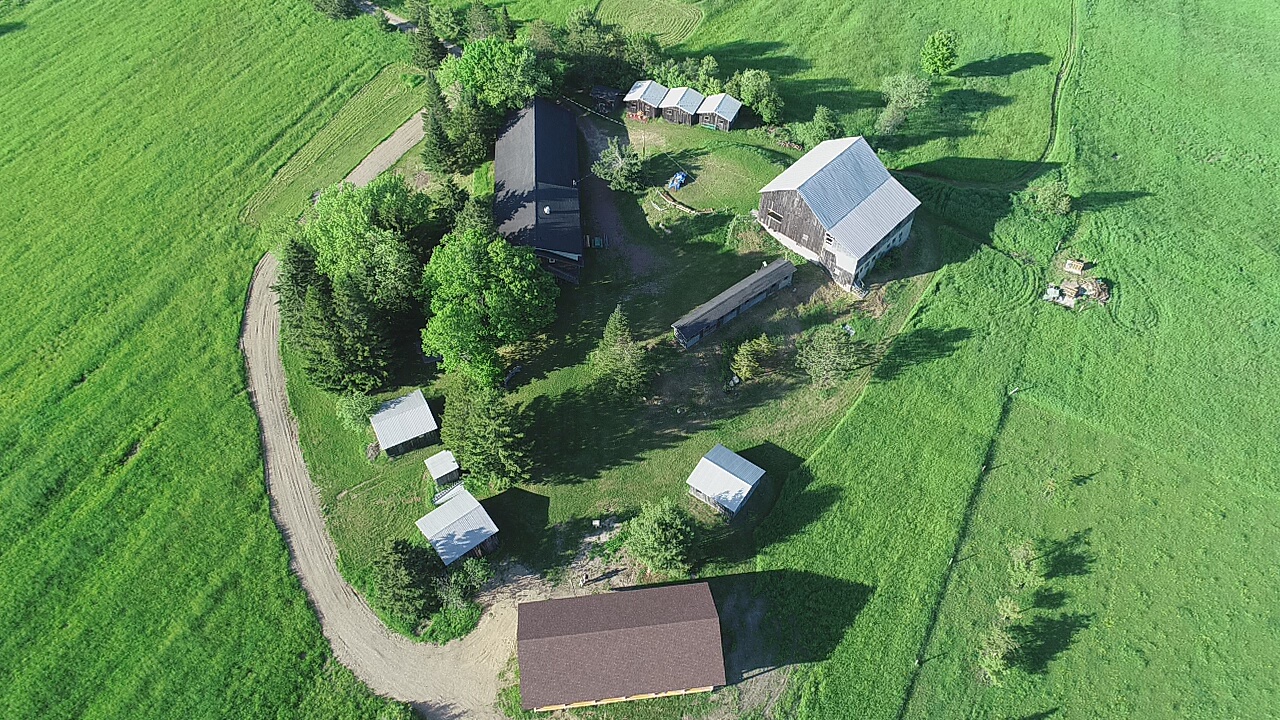 Algoma Traditional Music and Dance Group is a not-for-profit organization dedicated to the celebration, sharing, and learning of traditional music, dance, arts, and heritage craft. Since 2004, AlgomaTrad has produced over 300 programs and events, including community dances, concerts, workshops, festivals, and its annual Family Camp, while hosting over 200 nationally and internationally renowned performers, artists, and mentors. We are currently developing the year-round, environmentally sustainable AlgomaTrad Centre on St. Joseph Island.

The 18th Annual Algoma Traditional Music, Dance, and Heritage Arts Family Camp is tuning up for its renowned annual Staff Concert, featuring nationally- and internationally-recognized performers from across Canada, scheduled for Wednesday, August 11, 7:30 PM at the Centennial Grounds in Richards Landing. Admission is $25, children 12&under free; tickets available at the door or online, algomatrad.ca/buy-tickets.

Due to the Covid pandemic, the only camp event open to the public is the annual Staff Concert at the Centennial Grounds in Richards Landing, featuring over 15 world-class musicians, including:

Sophie and Fiachra, a duo playing traditional music from Ireland and Québec (sophieandfiachra.com). Sophie Lavoie is a Québecois fiddler and singer and Fiachra O’Regan, from Ireland, is an all-Ireland Champion of the uilleann (Irish) pipes and Irish style tenor banjo-playing. They released their new CD “Portraits” in 2019, which garnered Sophie a nomination for Traditional Singer of the Year at the 2020 Canadian Folk Music Awards;

Kyle Burghout has established himself as one of Canada’s foremost young fiddlers. Kyle and his music have been featured on CBC radio and television, as well as in Irish Music Magazine and The Canadian Fiddler. His many awards include North American Irish Fiddle Champion, runner-up at the Canadian Grand Masters Fiddling Championship, and three-time finalist at the All-Ireland Fiddle Competition. Kyle will be performing with his partner Jane Cory, the 2018 Manitoba Open Fiddle Champion, as well as the second Manitoban ever to win the Canadian Grand Masters Fiddle Competition in the same year;

Champion Ontario fiddlers, multi-instrumentalists, and stepdancers Kerry Fitzgerald and Alanna Jenish. Kerry currently tours internationally with Canadian Folk Music Award Nominees, The Fitzgeralds, including recent tours of Germany, Switzerland, North America, Ireland, and the UK. Alanna Jenish is an award-winning fiddle player, guitar accompanist, mandolin player, and accomplished classical musician – she was named Fiddle Player of the Year at the 2018 and 2019 Central Canadian Bluegrass Awards), and she also tours with The Fitzgeralds;

Multi-instrumentalist, recording master, and arranger James Stephens, a core founding staff member of the AlgomaTrad organization and a much-loved mentor for years to AlgomaTrad learners, will be on hand to offer his magic to the AlgomaTrad  community;

Lea Kirstein is a multi-instrumentalist (fiddle / violin, viola, and cello), educator, and concert presenter based in Toronto. Lea is the current Artistic Director of “World on a String” in Toronto, a collective presenting concerts, biweekly jams, and group classes for fiddlers of all ages, focusing on traditional folk tunes from around the world;

Ian Bell, multi-instrumentalist, singer and storyteller has been a mainstay of the Canadian Folk scene for decades and performs regularly with “Friends of Fiddler’s Green”;

Campers and public alike are invited to take part in the AlgomaTrad Auction occurring ONLINE all week, which raises funds for the Nicholas Missere Bursary, a fund that helps families and individuals take part in AlgomaTrad events and workshops. Information and links to the auction will be available soon.

We would like to acknowledge the support of SOOTODAY, SooToday is part of Village Media’s growing network of online news sites that are dedicated to providing local stories written by journalists who live and work in those communities. They are proud champions of local news and work diligently to deliver the news needed to help individuals stay engaged and informed.

AlgomaTrad Family Camp 2021 is in-person and now open for Registration. 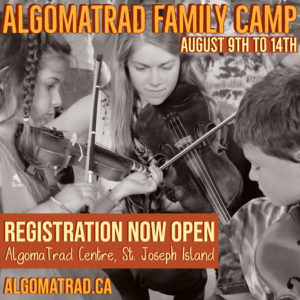 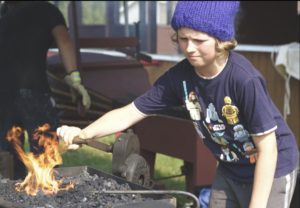 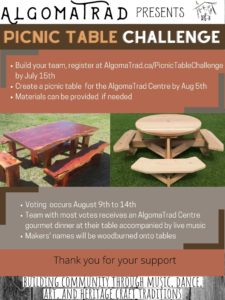