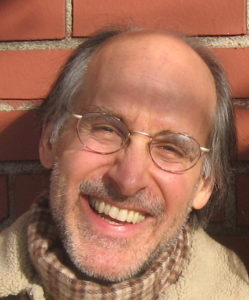 Steve Schneider has dedicated his life to exploring the world of music as a performer, teacher, writer, student, and music therapist.  He’s known for his energetic yet relaxed playing, his sensitive and thoughtful approach to performing and teaching, and his innovative style.  A native New Yorker, Steve has played on Broadway, for various commercials and soundtracks, and taught and performed at hammered dulcimer festivals across the US.  In addition, he’s cured thousands of individuals of accordion-induced PTSD and various phobias simply by playing the accordion sensitively and sensibly.

In addition to accordion and hammered dulcimer, Steve also plays a number of other instruments including piano, guitar, and melodica.  He is fascinated by the art and science of music theory and of how music so powerfully and so personally affects us, and how music can be so effectively used therapeutically.  Armed with a master’s degree in music therapy and an intuitive sense of how we learn, Steve is a gifted teacher and coach as well.

Steve’s been involved with Algomatrad from the very beginning from making award-winning pizzas with his wife, Mary, and son, Zac, to teaching cello and accordion, to playing for Drake Meadow’s international dance class and for last year’s wild international dance (along with Louis Schryer and Joe Phillips).  He’s ridiculously pleased to be joining us on staff full time this year.