Christina Foster‘s interest in theatre began when she found a « Jesus Christ Superstar » album in her mother’s vinyl collection in the 1980’s.  She performed in many musical and non-musical productions throughout high school at St. Mary’s and in community productions in Sault Ste. Marie including « Godspell, » « Pippin, » and « Jesus Christ Superstar » (three times). She earned an Honors Bachelor of Arts in Comparative Literature at The University of Western Ontario and a Bachelor of Education from Lakehead University. Christina has been teaching Drama and English for nine years at Central Algoma Secondary School, where she has directed both large productions, including « Grease, » and one-act plays written in conjunction with students.  Christina is a mother of one and a double lung transplant recipient, for which she is very grateful! 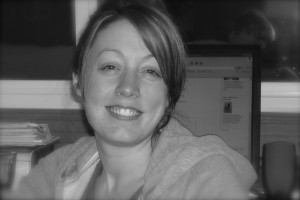