AlgomaTrad culminated its Senior Artists Online Series on March 15th with a final online concert from Blind River Franco-Ontarian group Les Anges de la Campagne. Seven weeks of programming included 14 artists, 9 concerts, 5 artist presentations, and 3 hands-on heritage craft workshops. Over 200 seniors from across the North Shore of Lake Huron, from Sault Ste. Marie to Blind River/Elliott Lake and beyond, including several area seniors’ homes, participated in the online series presented over the Zoom platform. While many program participants were up to speed with the use of Zoom, AlgomaTrad Artistic Directors Julie Schryer and Pat O’Gorman, with program coordinator Lou Hayden, spent time assisting others via telephone in downloading Zoom to their devices and offering one-on-one test sessions in preparation for the presentations and/or concerts.

The Series kicked off with a community-themed Robbie Burns Night, including Highland dancing from the Houvener family from Alaska and St. Joseph Island’s Aurora Hodgson broadcasting from New Brunswick, fiddle tunes from Aurora and Samuel Lemieux, fiddle and piano with Cara and Brenna Hall from Hamilton and from Marigje and Paul Cooper from the Island, Robbie Burns songs from special guest Duncan Cameron and Paula Truskoski from Sudbury, more whistle, pipes, and piano from Pat and Julie, and a special guest feature from Toronto, Aine Schryer-O’Gorman, giving us a beautiful fiddle solo of Scottish tunes. Around 70 people attended the online presentation, mostly from the Algoma Region, but also from as far away as Dunedin, Florida!

Feedback from the Series was very positive, with many participants saying that the program helped them feel less isolated and more connected to a larger community of like-minded folks. The Francophone community, largely from Blind River and Elliott Lake, and the North Shore old-time country music community really enjoyed hearing so many fun songs that brought back a lot of memories. Forty-five people were lucky enough to be guided to the successful completion of quilting, basketmaking, and/or felting projects.  Wonderful presentations, largely from artists’ studios, were given on woodworking, weaving, and painting.

While AlgomaTrad and its community look forward to celebrating and learning in-person and together, the Senior Artists Online Series was a wonderful way to while away some winter nights and days and learn something new or enjoy some great music in the warmth and safety of the participants’ homes. Much thanks goes to Lou Hayden, the program coordinator for this series, who went above and beyond the call to help make it a success! 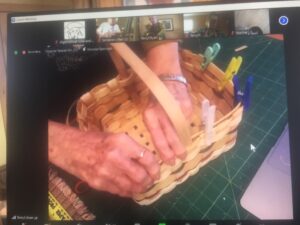 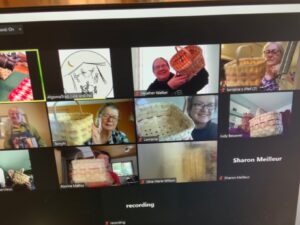 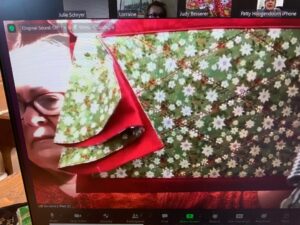 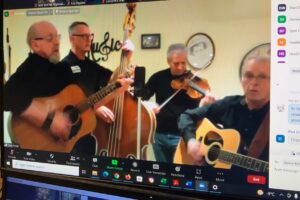 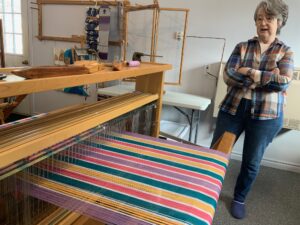 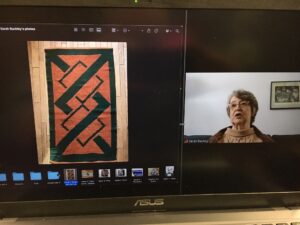 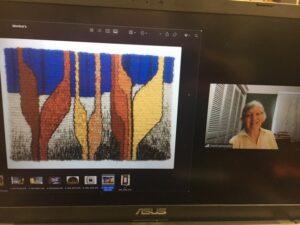 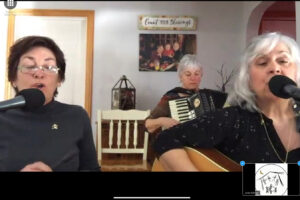 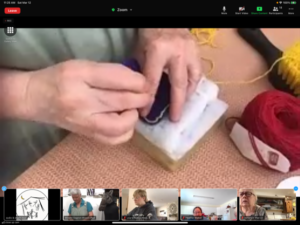 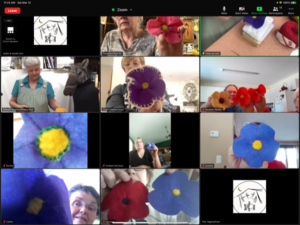 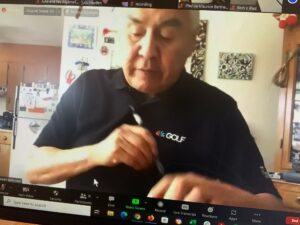 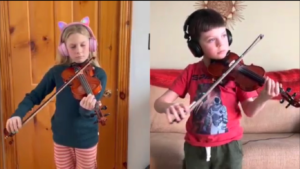