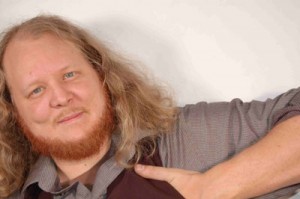 High in demand, percussionist, caller, step dancer, Jean-François Berthiaume has a rich and varied background and is recognized as one of the most original and entertaining callers in Quebec. Jean-Francois has dedicated more than twenty years learning, researching and living the folk music and dance of Quebec. As well as playing with Reveillons!,  he is the percussionist for female vocal group Galant tu perds ton temps, dedicated to the  songs of francophone women, and still travels with their ever-popular show in Quebec, North America and Scotland and Malaysia. He recorded Fais-toi pas d’illusions (2004) and the double album Galant tu perds ton temps II (2009), the latter nominated for both show of the year and best new arrival ADISQ (Quebec Music) awards. From 2000 to 2006, he was a member of Entourloupe, popular at folk festivals across Canada, the US and Europe and with whom he recorded Epilogue (2005). He has participated in several collaborations on stage and in the studio with many of Quebec’s favourite musicians: Michel Faubert, Stéphane Landry, Jean-François Bélanger, De temps Antan, Les Mononcles, Genticorum, Les Langues ​​Fourchues, Matapat, Domino and many others. Since 2010, he has accompanied the poet Jocelyn Thouin of Pas dociles and is currently recording a CD with Les Frères Berthiaume. His passion, instinct, energy and charm make him an authentic artist of traditional music of Quebec.