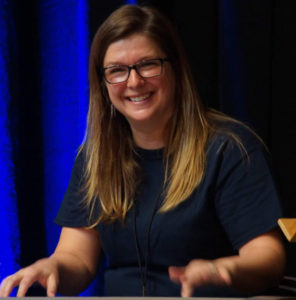 rn into a family of great traditional fiddlers from Ste-Barbe, Quebec, Martine put on her first pair of dancing shoes at the age of four while taking lessons with Serge Mathon.  After spending a couple of years with Serge, Martine continued to learn the art of dancing from other notable dancers including Martin Duheme and Gilles Roy.  With a strong foundation established from years of hard work, Martine has become one of the most respected professional Quebec dancers, and put her talents to work  for seven years with Montreal based trio, Rapetipetam, with Pierre Chartrand and Marie-Soleil Pilette, and also with Gilles Roy and The Stepping Ambassadors

Martine credits her father for introducing her to this rich traditional music.  Along with her talents as a dancer, Martine also possesses great credentials as a piano player. She studied classical piano  while learning to play by EAR with her dad. After studying classical music at Vincent d’Indy College, and receiving her Bachelor of Music from the University of Montreal, Martine has found herself in high demand for both recording and performing engagements with many well-known Canadian artists. Playing mostly for dances, in Galas, at competitions like The Canadian Grand Master Fiddle Championships, she also performed in a duo with André Brunet for about 4 years and has toured the USA, England, Japan and France with  Ménage à Trois, Manigance and The Pierre Schryer Band, all representing the rich traditional music that Canada has to offer.

She also has recorded her first piano solo album “Valsons” containing 17 of her prettiest waltz compositions which she named  for friends and family.

Martine has taught stepdance and piano accompaniment at the Goderich Celtic College, Camp Violon Trad Québec and Ashokan Music and Dance Camp. She completed her second Bachelor’s degree at the University of Quebec, in Montreal, a three-year Music Therapy program, and recieved a Masters in Music Teaching.  She is working as music therapist in two retirement homes in the Lanaudière area and teaching music to adults with mental disorders in a special school.