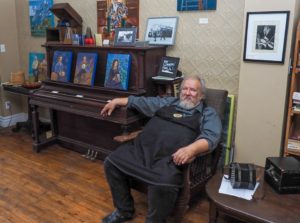 Ian Bell‘s  introduction to art instruction began when he was an impressionable teenager at the Elliott Lake Summer School of the Arts. There he was lucky enough to have had his eyes opened wide – spending time with legendary Canadian artists like Gordon Rayner, Ross Mendes, and Joyce Wieland. Ian went on to study animation at Sheridan College in the early 1970s and worked in that field for a time following that.

Later, he studied painting and drawing with Carmen Cereceda (who once worked as an assistant to Diego Revera) as a part-time student at the Ontario College of Art. Over the years Ian has worked off and on as a graphic designer and illustrator – mostly in the field of album and CD design.

For over two decades years he was the curator of rural Ontario community museums in which he was able to apply his love of painting to exhibit design and the creation of interpretive murals. Over the years his output has been influenced by a wide of artists ranging from Tom Thomson to Robert Crumb.

These days Ian’s work is centred around the human figure and the creation of narratives. Ian’s recent art is often tied to his other life-long vocation as a folk musician and songwriter. 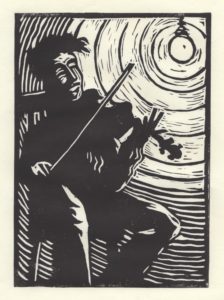 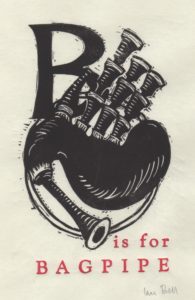 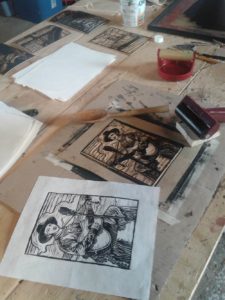 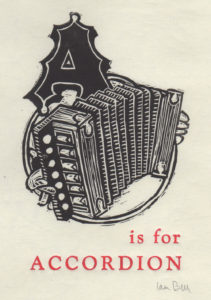