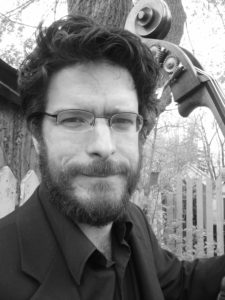 An accomplished classical musician, Joe has been the principal bassist of Orchestra London Canada, Sinfonia Toronto and the Thunder Bay Symphony, and has performed with the Toronto Symphony, the National Arts Centre Orchestra, the Canadian Opera Company and many other ensembles. Joe has had the opportunity to play with some of the best chamber musicians in Canada and the world through his work with the Sweetwater Music Festival, Festival of the Sound, Ottawa Chamber Music Festival and has toured with Canadian chamber music supergroup, Octagon.

Joe lives in London Ontario with his partner Sylvie, and their two children.