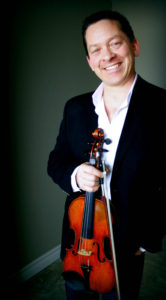 Louis Schryer is one of Canada’s most respected fiddle players and a true fiddling virtuoso. He was born and raised in Sault Ste. Marie, Ont. and began to play the fiddle at 8 years old, along with his triplet brothers Pierre and Dan, under the guidance of their older siblings Julie and Raymond. With training in both classical and traditional music, Louis holds a Bachelor of Music from the University of Ottawa and has been honing his craft as a performer, recording artist, composer, and teacher for over 30 years.

Louis is an 8-time Canadian Open Fiddle Champion and has the unique title of 4-time Canadian Grand Master Fiddle Champion. His ability to play in various styles including American Old Time, Québecois, Swing, and Jazz, has allowed him to cross genres and play with a variety of artists. Louis has been featured on the CDs of top country musicians, as well as recording his own albums.

Louis has performed as a soloist with the Pembroke Symphony Orchestra, a performance which included Mark O’Connor’s virtuosic Strings and Threads. Louis is a full-time school teacher in Chapeau Quebec and operates a fiddle instruction studio, with numerous award-winning students including several Leahy Family children. He is a regular instructor at the Leahy Family Fiddle & Step Dance Camp each July, and has been a judge for the Pembroke Fiddle Contest on numerous occasions. He was an instructor and performer at AlgomaTrad Family Camp 2017. 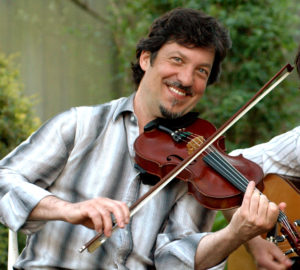 One of Canada’s leading traditional fiddlers and a celebrated performer and producer, Pierre Schryer ((www.pierreschryer.com),  has established himself as a gem on the music scene among fans and fellow musicians. He was immersed from an early age in the Franco-Ontarian traditions of his heritage and through multiple fiddle competitions along with his triplet brothers. The Schryer Triplets, with their sister Julie, recorded 2 albums and appeared several times on the “Tommy Hunter Show.”

Pierre has shared the stage with many colleagues in the traditional music scene including Dermot Byrne, Natalie McMaster, members of Leahy, Jane Bunnet, the Barra MacNeils, Ashley MacIssac, Liz Carroll, John Doyle, Matapat, Club Carrefour, La Bottine Souriante, Altan, Old Blind Dogs, members of the Rankin family and others. He has performed with numerous symphony orchestras across Canada with his acclaimed Symphony Pops show. Pierre is highly sought after as an instructor at summer fiddle camps, and is the creator and artistic director of the “Canadian Celtic Celebration” festival, presented in Thunder Bay, Ontario each June. Pierre has been an instructor and performer at several AlgomaTrad Family Camps over the years. 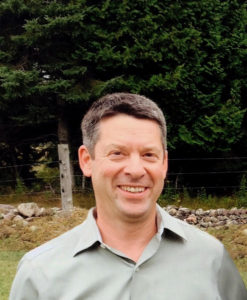 Daniel Schryer grew up surrounded by a rich environment of music, and along with his two triplet brothers, Pierre and Louis, started to play the violin at age eight. He went on to learn traditional fiddle styles including Cape Breton, Scottish and Irish.

The Schryer Triplets have performed on a great number of Canadian concerts and special events including folk festivals, CBC Television and Radio shows, Canada Day Celebrations and The Tommy Hunter Show. Their discography includes a 1993 recording entitled “Triple Fiddle”, and a 1982 self-titled LP. The Schryers were frequent participants at fiddle competitions throughout Ontario,and Daniel has taken home his fair share of titles and awards.

Over the past three decades, Dan has taught fiddle lessons in Ottawa,Renfrew, Arnprior, Cobden and Deep River where he currently resides. While living in Ottawa and Arnprior (1992 to 2002) Dan played with The Old Sod Band, Ottawa’s foremost contra dance band. The Old Sod Band produced a CD in 2001. During that time Dan also played with the bluegrass band, The BVDs. Daniel is now a member of “Traditional Fare”, performing a wide range of traditional fiddle styles, and “Off Road” a Country/Rock Band.

Daniel started an electrical apprenticeship at the age of 19 in Ottawa, and has been working as a certified electrician and fire alarm technician since 1994. He has instructed and performed several times at the AlgomaTrad Family Camp