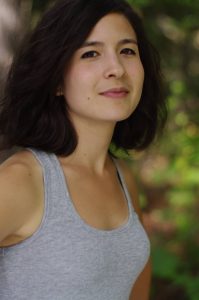 Ariel Hyatt is a percussive dance artist from Callander, Ontario. In 1999, Ariel began studying Ottawa Valley-style stepdance with Chad Wolfe of North Bay, Ontario. At 13 she entered the competition circuit and quickly distinguished herself as one of the youngest provincial and national champions ever to emerge.

In 2006, her community held a ceremony naming her an ambassador and officially recognizing her achievements in stepdance.

Ariel received two professional development grants from the Canada Council for the Arts in 2014 and 2015, which took her to Istanbul, Turkey where she studied Turkish percussion and continued working on her fusion of these percussive styles with her dancing.

She continues to strive for development as an artist, seeking new ways to delve further into the rhythmic aspect of percussive dance.