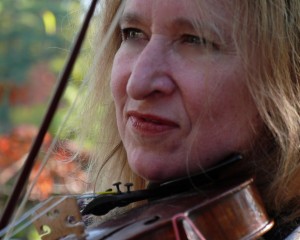 Anne Lederman (www.annelederman.com) has devoted her professional life to performing, teaching and composing music based in Canadian traditions, mostly on fiddle but also voice, mandolin, piano, accordion, tenor guitar, jawharp, bones and feet. These traditions include Métis, French-Canadian, Scottish and Irish, but also Eastern European, Klezmer and African all presented with a large dose of creativity. Anne began her professional career as a fiddler in the 1970s, touring with Harry Hibbs, “Newfoundland’s favourite son.” In 1983, as half of duo Muddy York with Ian Bell, she released Scatter The Ashes: Music of Old Ontario, a ground-breaking revival of traditional Ontario music. Shortly afterwards, she returned to Manitoba (her home province) to learn and record the music of First Nations and Métis fiddlers, resulting in a 4-record archival set of recordings: Old Native and Métis Fiddling in Manitoba(re-released in 2004 as a two-CD set on the Archive label of the Canadian Museum of Civilization). This was followed by work with Izvor, an ensemble devoted to Balkan, Greek and other East European traditions, and The Flying Bulgar Klezmer Band with whom she recorded two albums: The Flying Bulgar Klezmer Band and Agada.  In 1991, she released the first recording under her own name, Not A Mark In The World (a collection of Canadian traditional songs of social comment), followed by Come From Every Way (about coming to Canada from all over the world), 7 Cats (original and traditional fiddling), Fiddlesong (mostly original), and most recently, Old Man’s Table: Tunes from Grandy Fagnan (all from old Metis tradition).

In the early 90s, Anne founded Worlds of Music Toronto, an organization devoted to teaching musical traditions from throughout the world and to cross-cultural performance. She continued to compose and perform music for theatrical productions in Toronto and Blyth, Ontario, and to back up numerous artists in live shows and on recordings (Grit Laskin and Ian Robb, Eileen McGann, Don Freed, Holly Cole, Cindy Thompson, Theresa Tova, Tom Ledbeater and Garnet Rogers among others). Anne was fiddler and musical consultant for the popular Road to Avonlea television series. In the late 90s,  she wrote the script for Spirit of the Narrows, about her work with Aboriginal fiddlers in Manitoba, which turned into a 2-person play running for 2 years at the  Blyth Theatre Festival and remounted in 2015 at the Pearl Company in Hamilton where it was named “Best of 2015” by the arts paper, View.

Since 1999, Anne has also worked with Njacko Backo of Cameroon with whom she has released five recordings, Ka Koua (2001), The Conscience of Africa (2004), Ba Ba Oh (2007), Où est l’amour (2009) and Ici bas rien est impossible (2013). She continues to compose and perform for theatre, film and concert performance, including two Veronica Tennant productions, A Pair of Red Shorts, and Roseneath Theatre’s Spirit Horse, a First Nations adaptation of Greg Banks’s play Tir na Nog (a theatrical version of Irish movie, Into the West).  In 2005, she represented Canada at the prestigious Viljandi Festival in Estonia and has been invited to perform at four North Atlantic Fiddle Conventions; two in Aberdeen (Scotland), St. John’s (Newfoundland) and Derry (northern Ireland). In Toronto, she has produced fourteen Dare the Devil concerts featuring guest fiddlers from across Canada at Hugh’s Room. Since 2010, Anne has been heard performing with LOKA (an all-star ensemble of Loretto Reid, October Browne and Kelly Hood), Njacko Backo, HAWP, her own Fiddlesong ensemble, Eh?! (fiddle trio with James Stephens and Emilyn Stam, nominated for a 2011 Canadian Folk Msic Award), and with Lederman-Bell (previously Muddy York, with Ian Bell). In addition to her performing activities, Anne teaches folk fiddling at the Royal Conservatory of Music in Toronto and in the Music Dept. of York University, at numerous camps in Canada and the U.S., and works with Mariposa in the Schools on mentorship projects.