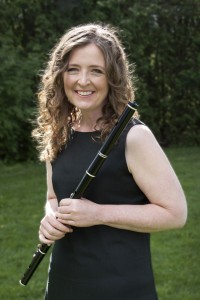 Allison Lupton (www.allisonlupton.com) grew up in the Ontario farming community of Zorra Township where she learned to sing harmony in the church choir. She began playing traditional folk music in 1990 with the band Killiecrankie which was regularly featured on CBC Radio’s legendary Max Ferguson Show.

In 2001 Allison formed her own band and has recorded 3 solo CDs and performed at folk festivals and venues including CBC’s Vinyl Café, the Hebridean Celtic Festival (UK), the Warwick Folk Festival (UK) and the Lunenburg Folk Harbour Festival.  In 2008, Allison was honoured with a nomination in the “Traditional Singer of the Year” category by the Canadian Folk Music Awards.

Allison’s song-writing talents have also been acknowledged. “One More Day” won the grand prize in the 2015 Folk Music Ontario’s Songs From the Heart competition. Her song “Bonnie and May” was featured in the Waterloo Region District School Board’s Kodaly Choral Festival concert repertoire for 2016.

Acclaimed Scottish musician Archie Fisher shared that “Allison Lupton’s balance of strong composition and sensitive musicality makes her a fine contemporary songwriter and interpreter of the tradition and the works of her fellow songsmiths.”