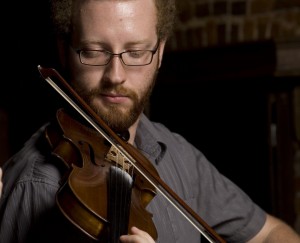 A native of Ste-Catherine-de-la-Jacques-Cartier, PQ, Louis-Simon is one of the most remarkable multi-instrumentalists (guitar, harmonica, foot percussion) and traditional fiddlers from Québec. His energy and enthusiasm for the music of Québec, Ireland and Scotland has been evident since the age of 3 years when he first starting playing harmonica and amusing himself by sawing away at a small fiddle given to him by Keith Corrigan, an excellent accordionist and Irish descendant from Valcartier, PQ. At the age of 10, he toured France with the group “Manigance”, performing solo on the harmonica. He started to learn guitar accompaniment from the great Québecois guitarist, Paul Marchand, a friend of his father, at the age of 11. With his father Daniel,a renowned Québecois fiddler, he has recorded 3 CD’s, most recently “Philomène in 2014, and played numerous Cabanes à Sucre and at the Chants de Vielles Festival in 2007. From 2003 to 2007, Louis-Simon performed, toured Europe and the US, and recorded 2 CD’s with Les Chauffeurs à Pieds. He continues to perform with this group as well as several other artists and groups, and has taught at the Ashokan Fiddle and Dance Camp in Woodstock, NY.