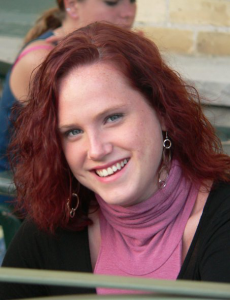 Colleen Mulvey-O’Leary, daughter of caller Maureen Mulvey, has been dancing since she was 3 years old. She took part in competitions all over the feis circuit (Irish stepdance competitions) in Canada and the U.S. She hasbeen teaching now for 17 years with her mother at classes, festivals and summer camps. Colleen has prepared children for a Feile Cheoil competition and has taught brush dance workshops. She also performs some sean-nós (Irish old-style) step dancing.

Colleen has recently started her own business teaching dancing in schools. Her passion for her Irish culture has encouraged her to also play the whistle, sing, and participate in Irish language weekends. She has competed and won in North American Irish singing competitions in order to qualify to compete in Ireland and has recently produced a CD of her singing called “FOLK-IN AWESOME”.