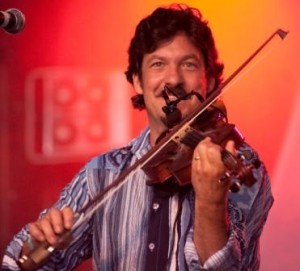 Pierre is one of Canada’s leading traditional fiddlers. JUNO nominee, Canadian Folk Music Award nominee, and celebrated performer and producer. He was immersed from an early age in the Franco-Ontarian traditions of his heritage, through multiple fiddle competitions along with his triplet brothers. The Schryer Triplets recorded 2 albums and appeared several times on the “Tommy Hunter Show.”

As a solo performer Pierre has received numerous titles and awards including Canadian Open Fiddle Champion, Canadian Grand Masters Fiddle Champion, Violoneux Championnat, and North American Irish Fiddle Champion. Over the last 15 years, Pierre has released six solo recordings on his own label, New Canadian Records, including “Blue Drag”, which was honoured with a nomination at the 2004 JUNO Awards for best Roots and Traditional Album of the Year, and “Mélange”, which was nominated at the 2008 Canadian Folk Music Awards for Instrumental Solo Album of the Year.

Pierre has shared the stage with many colleagues in the traditional music scene including Natalie McMaster, members of Leahy,  the Barra MacNeils, Ashley MacIssac, Liz Carroll, Matapat, Club Carrefour, La Bottine Souriante, Altan, Old Blind Dogs, Chieftains, Jane Bunnet, and others. He has performed with numerous symphony orchestras across Canada with his acclaimed Symphony Pops show.

Pierre is the creator and artistic director of the “Canadian Celtic Celebration”, a three-day festival presented in Thunder Bay, Ontario each June. A native of Northern Ontario, Pierre is proud to continue planting roots in the north with his wife, Thunder Bay Symphony Orchestra’s renowned trumpeter Merrie Klazek, and their lovely children, Kyran and Tamsyn.