An AlgomaTrad Dance will be held at the Bruce Station Hall (in Bruce Station, off Hwy 638, just north of Bruce Mines) on Saturday, November 5th, start time at 7:30pm.  The O’Schraves (with special guests) will once again be providing the music, and our wonderful caller Dan Gorno will be there to get everyone hopping on the dance floor. Admission: $10/adult, $5/students, children under 10 free.

AlgomaTrad is excited to announce two area concerts by some excellent Canadian Celtic musicians at the end of November. Cape Breton fiddler Dan MacDonald,  who taught at the AlgomaTrad Camp in ’08 and ’09, is returning to the region to perform with his new group, North Atlantic Drift.  North Atlantic Drift has just released a self-titled CD. Julie and Pat have played and performed with all these world-class musicians and can attest to their incredible virtuosity. The dates for these concerts will be November 25 and 26, venues TBA. 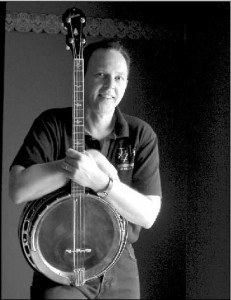 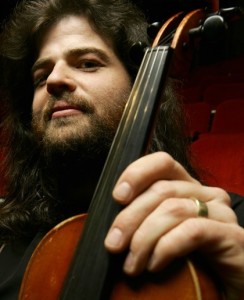 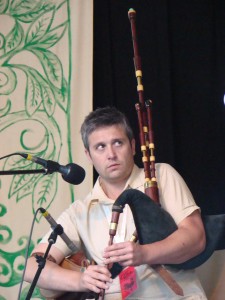 North Atlantic Drift are Dan MacDonald, Ross Griffiths and Brian Taheny.  Together they are an entire Celtic orchestra in a trio. In one sitting you’ll hear Cape Breton fiddle, Sligo fiddle, banjo, guitar, mandolin, Uilleann pipes, Highland pipes, whistles and bodhran.  Along with this impressive display of multi-instrumental talent is the striking blend of the separate traditions at work from players with deep roots in those traditions.  Don’t miss an opportunity to see these multi-talented ambassadors of Irish, Scottish and Cape Breton traditions contrast and compliment each other.

Dan MacDonald is from the small village of Ironville, Cape Breton.  Born into a family of musicians, he began playing fiddle at a very early age. After spending years attending University, recording and performing in Nova Scotia, the Northwest Territories, Newfoundland and the United States as both fiddler and drummer, MacDonald moved to Toronto in 2003, where he became a co-host at the lrish music session at Dora Keogh lrish pub and later became a member of the traditional lrish group, Spraoi.  Spraoi has played to sold out audiences at the Tranzac, Hugh’s Room and the Brampton Folk Festival. In 2006, MacDonald joined The Magic of Ireland, an lrish dance and music show, with which he toured the UK, Canada, the USA and Europe, eventually to become music director.  Dan and has family, all well-known Cape Breton musicians, have been invited numerous times to play festivals and concerts in Ireland and Scotland.  An active freelance performer and teacher, MacDonald is in high demand throughout Southern Ontario, where he performs and teaches at various venues and events.

Brian Taheny immigrated to Toronto from County Sligo, Ireland over 20 years ago and is a multi-instrumentalist playing mandolin, fiddle, guitar, bouzouki, cittern, tenor banjo and more.  He plays at warp speed with incredible lift and constantly changing ornamentation.  He has recorded on over 70 albums, most recently with Loreena McKennitt as well as a duet Mando album with Andrew Collins called ‘Mandolore’.

Ross Griffiths is a veteran highland bagpiper, raised in the folds of the competitive highland bagpipe scene in Ontario.  Ross spent 20 years immersed in the world pipe band circuit with numerous compositions to his name played by pipe bands across the globe.  After years of dedication to the Scottish pipes, in 2004 Ross set sail across the Irish Sea to the land of whistles and the beloved Uilleann pipes.  He has performed with Dan MacDonald for several years as part of the Celtic music and dance show, Brogue. He now enjoys the best of both worlds living in Toronto where he extends the bagpipe’s influence on both streams of traditional music.