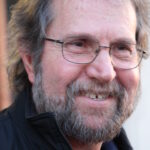 Brian (www.brianpickell.com) has been playing and composing traditional music for over twenty-five years. In the 1970’s, he was a founding member of the Humber River Valley Boys, a Toronto-based bluegrass band. The band toured extensively throughout Canada, played most of the major Folk and Bluegrass festivals, and produced three albums. In the early 1980’s, due to a repetitive strain injury, Brian returned to photography and spent several years shooting for the Toronto Star.  He has several books to his credit, including the Official Hockey Canada History of the legendary 1972 Russia vs. Canada Series and two full-colour books with Grit Laskin on the World of Instrument Making.

Brian returned to professional music in the late 1980’s with the Dawnbreakers and Ian Bell, producing three albums and occasionally playing as CBC’s Vinyl Café Orchestra with Stuart Maclean.  Brian began performing with the Pierre Schryer Band in 1994, producing three albums with them and touring widely in Canada, the U.S. and overseas.  He has also performed with other musical entities and has recorded with artists such as Sneezy Waters, Grit Laskin, Oliver Schroer and the Schryer Triplets. For several years he has been involved with the teaching of composition, guitar and mandolin at venues such as the Goderich Celtic Roots Festival and Northwest Festival in Smithers, B.C.

In 2002, with Canada Council support, Brian produced an album of his own compositions and songs, played by an all-star cast of Ontario fiddlers and musicians. This project led to the formation of the Brian Pickell Band, originally with Shane Cook, Mark Sullivan, Julie Schryer, James Stephens and Pat O’Gorman, and the creation of a book of musical notation containing 51 of his tunes. This was followed with a second CD, Entwined,  with support from the Ontario Arts Council. It featured the Band playing more original tunes and songs. During this entire period, he has been composing and seeing his music recorded. In the late winter of 2008, after many years of not playing banjo (due to tendon problems), Brian popped open the case. New tunes began to pop out and in no time he was tripping over them all around the house. Something had to be done and the CD “Friday Night in Town” was the result, featuring Brian Pickell Band members, Shane Cook and James Stephens. In 2013, Brian released another book of new tunes and in 2014 the Brian Pickell Band released the latest CD, Waves,  featuring more compositions of Brian’s as well as those of other band members.

Brian has been awarded the Tradition Bearer Award from the Goderich Celtic Roots Festival. Brian’s tunes have been recorded by all of these performers plus many others, including Nicholas Williams, Pierre Schryer, Allison Lupton, Tony McManus (Scotland), Deaf Shepherd (Scotland), the Halali Fiddle Band (USA), Gretchyn Koehler (USA), Oliver Schroer, Liz Doherty (Ireland), and the Schryer Triplets.