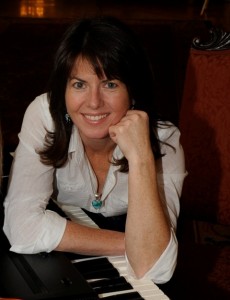 Kimberley began her career at age five playing the piano and followed in her families footsteps playing the fiddle since 1984. She is Canada’s premier piano accompanist in the traditional style of fiddling and has won many awards for her fiddle playing. She is the house accompanist and artistic director of the Maritime Fiddle Festival. She has toured with such artists as Graham and Eleanor Townsend, Richard Wood, Calvin Vollrath and April Verch among others, and has appeared on a long list of recordings by such artists as Richard Wood, Jocelyne Bourque, Ray Legere, J.P. Cormier, Tara Lynne Touesnard, Calvin Vollrath, Gordon Stobbe, Peter Dawson, Sherryl Fitzpatrick and Kelli Trottier.

With over 15 years of teaching experience both privately and in groups, Kimberley is in demand as an instructor on both piano and fiddle. She is a guest instructor at camps across Canada, most notably the Tobique Fiddle Camp in New Brunswick, Woods Fiddle Camp, Canadian Grand Masters Camp, Jocelyne Bourque Fiddle Camp in Moncton, Calvin Vollrath Camp as well as at the Gaelic College in Cape Breton.