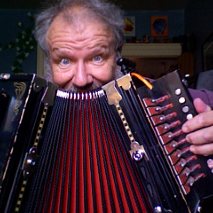 Ian Bell, frequent teacher and performer at the AlgomaTrad Family Camp, is working on a free online collection of traditional and historical songs and tunes from the province of Ontario, Canada. We missed telling you about the Kickstarter campaign about this (and he has raised the initial start-up costs, thank goodness), but we did want to tell you about Ian’s initiative in case you wanted to donate to it or add to the archive.

The site will include a donation widget to accept contributions from new users once the site is launched.  The website will be up and running by February 2, 2017.

You can visit an online (mostly non-functional) mock up of the home page by clicking here: http://ianbellmusic.ca/Ontrad/index.html

Here’s the basics of what Ian has been up to. You can still check out the Kickstarter campaign page for further info HERE. 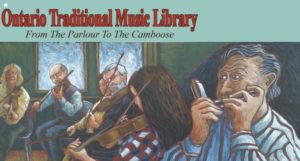 THE ONTARIO TRADITIONAL MUSIC LIBRARY
This resource is being created especially for singers and instrumentalists looking for songs and tunes from Ontario’s living musical traditions and for examples from historical sources. Much of the initial offering of material is comprised of Ontario music that Ian Bell has collected and learned from a wide range of sources over the past four decades.The multi-media collection will be arranged by theme, date and geographic location. It will include hundreds of tunes from 19th century fiddlers’ manuscripts as well as favourites from the playing of contemporary players. You will also find songs transcribed from early publications, manuscripts and broadsides, along with a selection of seldom-heard recordings by LaRena Clark. The site will contain historical images and written references to folk music, gathered from period journals, newspapers, posters and other sources, and will include links to related online resources. The site is being curated by Canadian folk musician and former museum curator Ian Bell and will be added to on an ongoing basis. The project’s current collaborators include a mix of longtime folk musicians many with a museum background. These include Bill Nesbitt, Anne Lederman, Mac Swackhammer, Saskia Tomkins and Brad McEwen. As well, the library invites contributions of suitable content from the public.